Time of Flight (or ToF) sensors can provide a more reliable and accurate sensor than traditional IR sensors as they are not susceptible to interference from different and varying lighting conditions.

Further to this, these sensors can be programmed to activate only within a specific distance range, enabling a large variety of use cases.

EX‑CommandStation has support for the VL53L0X ToF sensor via the “IO_VL53L0X.h” HAL device driver which connects to the I2C bus of the CommandStation. 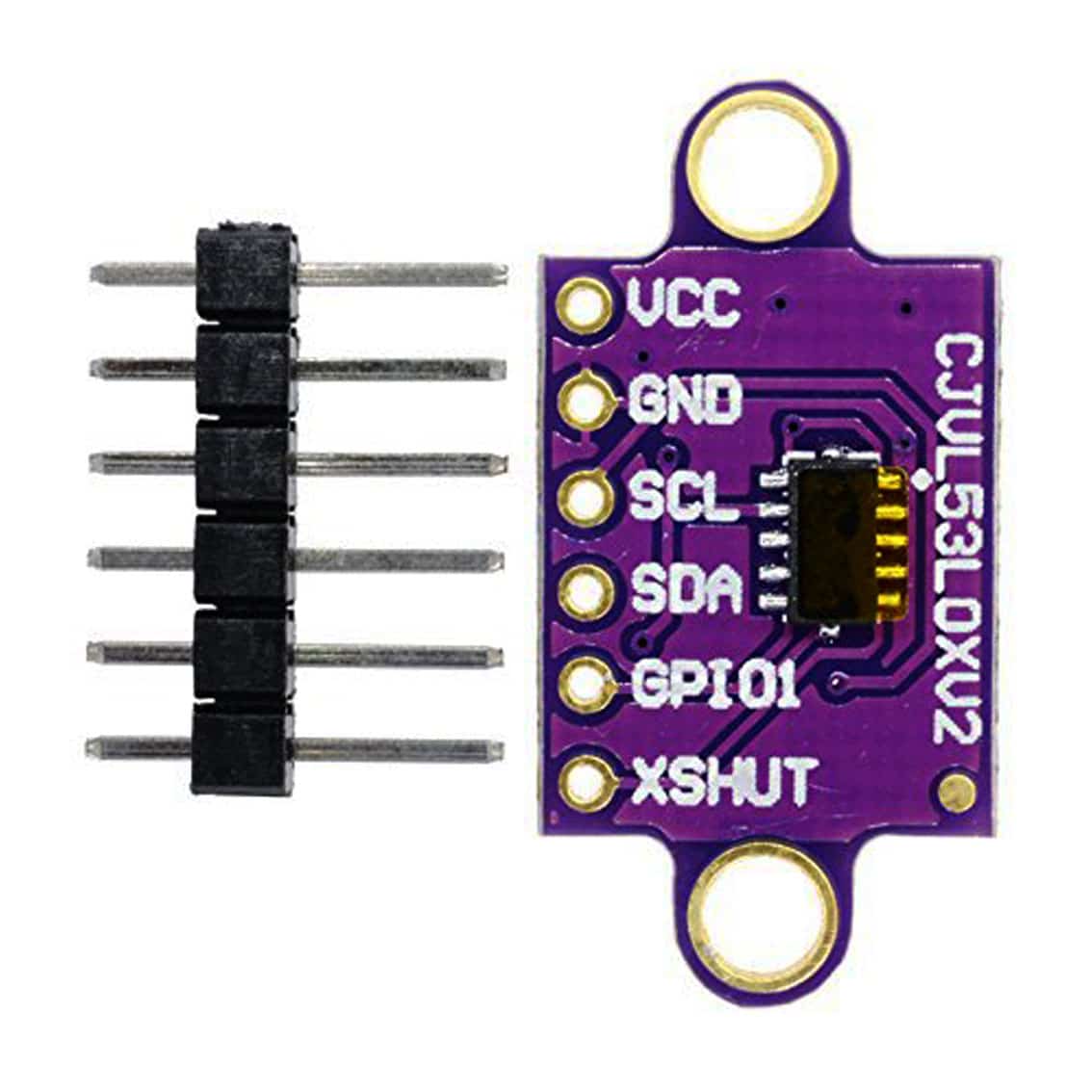 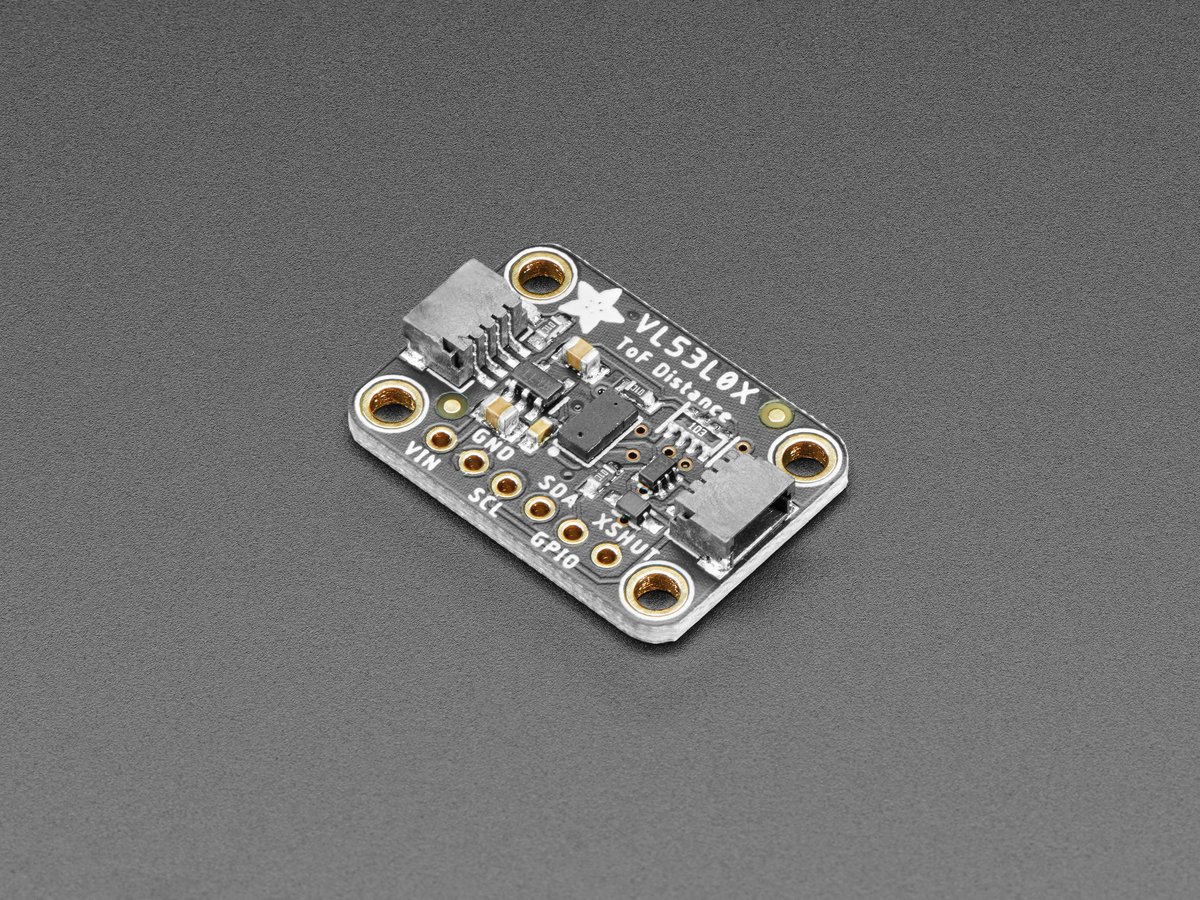 The VL53L0X Time-Of-Flight sensor operates by sending a short laser pulse and detecting the reflection of the pulse. The time between the pulse and the receipt of reflections is measured and used to determine the distance to the reflecting object.

For economy of memory and processing time, this driver includes only part of the code that ST provide in their API. Also, the API code isn’t very clear and it is not easy to identify what operations are useful and what are not. The operation shown here doesn’t include any calibration, so is probably not as accurate as using the full driver, but it’s probably accurate enough for the purpose.

Each VL53L0X device will, by default, reside on the same I2C address of 0x29, and therefore connecting multiple devices to the same I2C bus requires consideration and planning.

If the device’s XSHUT pin is not connected, then it is very prone to noise, and the device may even reset when handled. If you’re not using XSHUT, then it’s best to tie it to +5V.

Once connected, you will need to configure the device driver as per Configuring a single device. 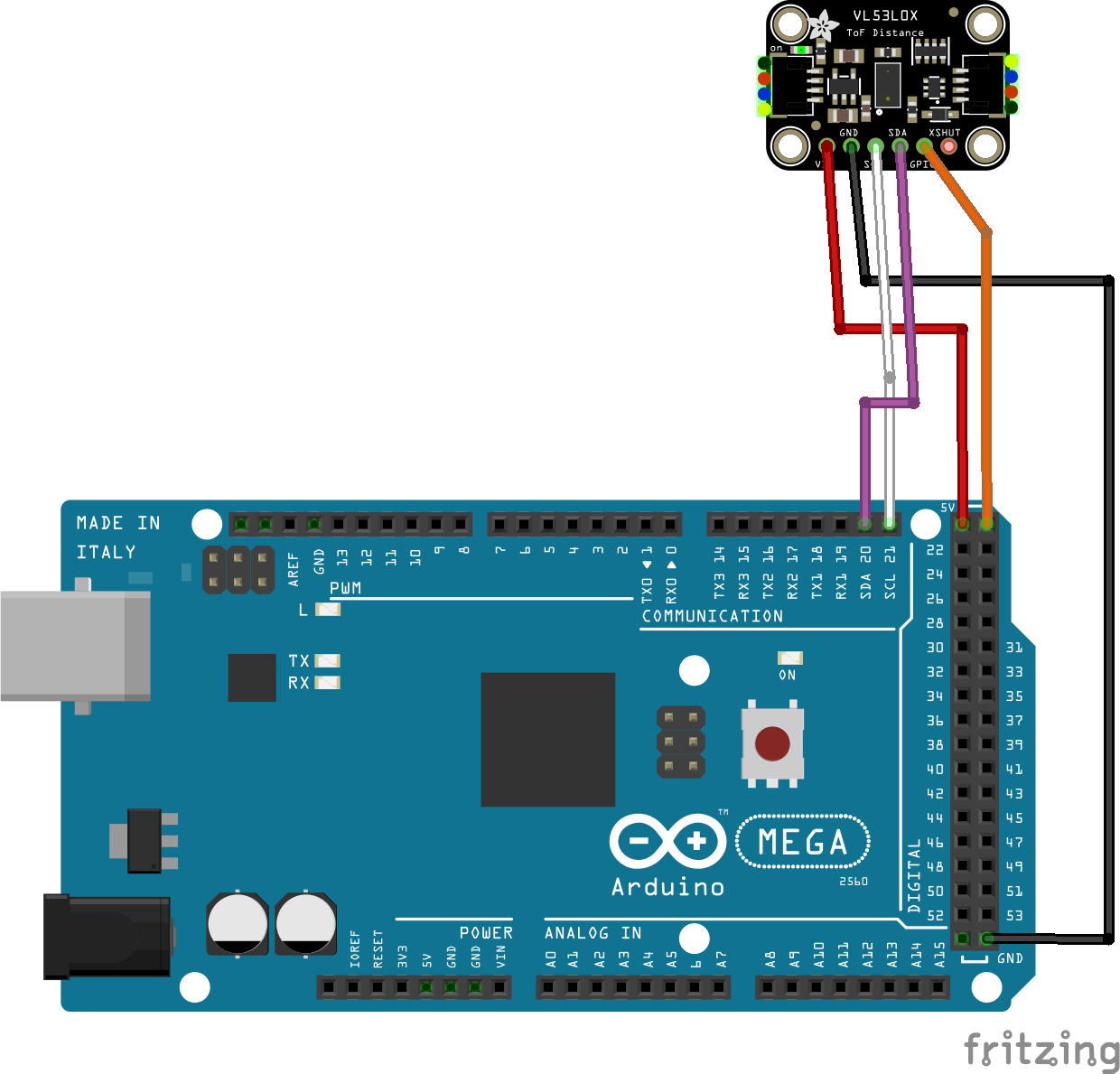 Once connected, you will need to configure the device driver for each device as per Configuring multiple devices. 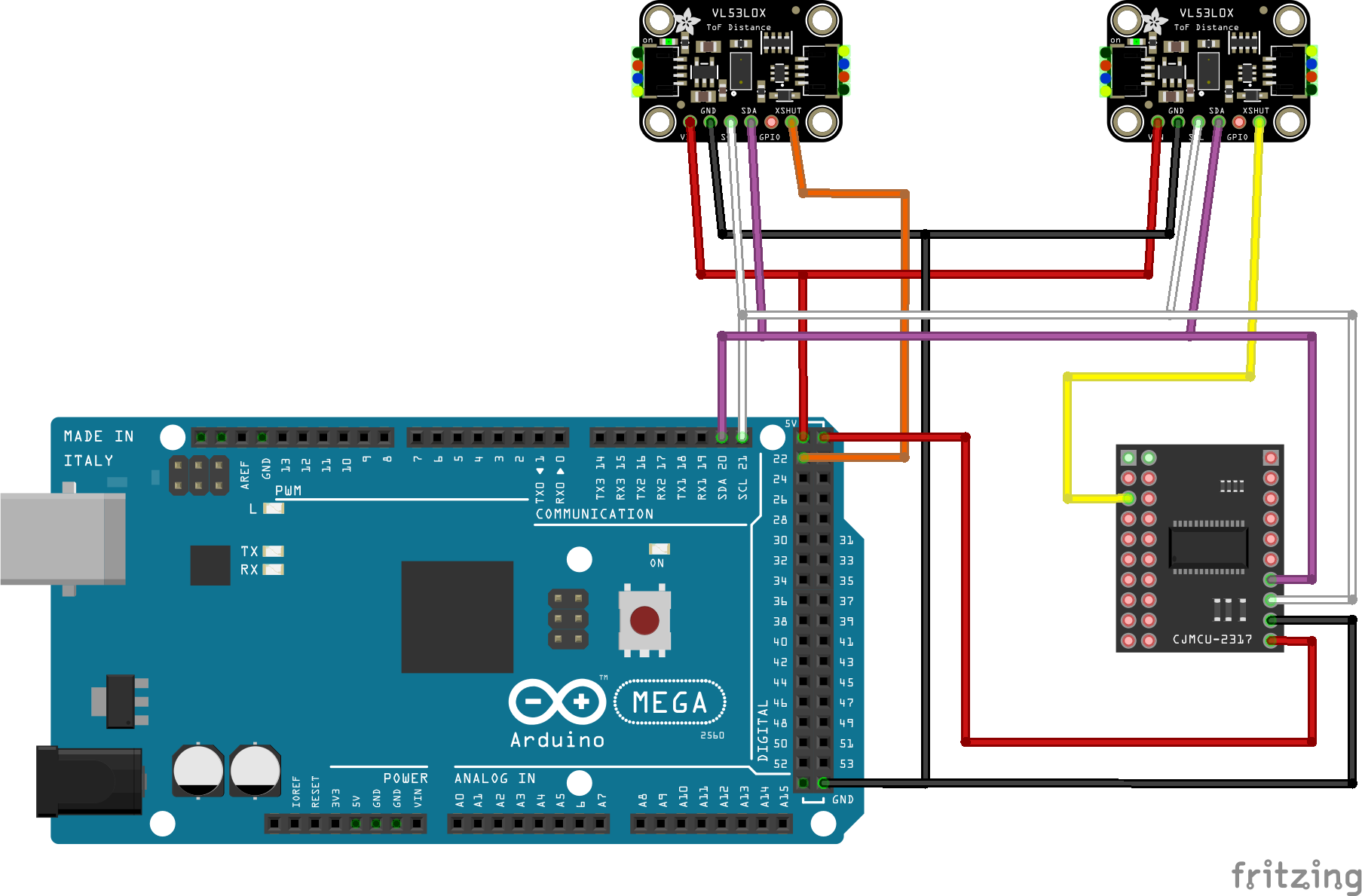 Configuring support for one or more VL53L0X devices requires modifying “myHal.cpp” to include the device driver “IO_VL53L0X.h” and add an entry for each device to be configured.

The device driver allocates up to 3 vpins to each device:

By default, the device takes around 60ms to complete a ranging operation, so we do a 100ms cycle (10 samples per second).

The VL53L0X is initially set to respond to I2C address 0x29. If you only have one module, you can use this address. However, the address can be modified by software. If you select another address, that address will be written to the device and used until the device is reset.

To enable support for one or more devices, ensure the “IO_VL53L0X.h” device driver is included at the beginning of your “myHal.cpp” file:

For a single device, you need a single entry to create the device also in “myHal.cpp”:

For example, this entry configures a device on vpin 4000 using the default address of 0x29. A digital read of this vpin will return a 1 if an object is within 200mm, and will return a 0 if an object moves more than 250mm from the sensor:

When using multiple devices, do not configure any device to use the default I2C address of 0x29, as this address needs to be free in order to configure each device on startup.

If you have more than one module, then you will need to specify a digital vpin (Arduino digital output or I/O expander pin) which you connect to the module’s XSHUT pin. When the device driver starts, the XSHUT pin is set LOW to turn the module off. Once all VL53L0X modules are turned off, the driver works through each module in turn by setting XSHUT to HIGH to turn the module on, then writes the module’s desired I2C address. In this way, many VL53L0X modules can be connected to the one I2C bus, each one using a distinct I2C address.

Each device needs its own specific entry in “myHal.cpp”, and requires an additional argument to specify the digital vpin that connects to the device’s XSHUT pin.

If you are using JMRI and require these to be available as sensors, then they can be configured via the DCC-EX <Z id vpin iflag> command.

To create sensors for our examples above, the commands would be as shown below, and for simplicity we keep the sensor ID the same as the vpin ID in use.

With these definitions, when an object comes within 200mm of the sensors, a <Q id> message will be sent to all defined serial ports with the appropriate sensor ID:

Conversely, when an object moves more than 250mm from the sensors, a <q id> message will be sent instead:

To ensure sensors are defined at startup, refer to Startup Configuration.

EX‑RAIL enables utilising these devices as both digital and analogue sensors.

Using the standard digital sensor commands (AT, AFTER, ATTIMEOUT, IF, IFNOT, IFTIMEOUT) operates as per any other digital sensor, using the ranges specified when configuring the devices.

Using a VL53L0X with EX-RAIL’s analogue sensor commands has not been validated, this may not work.

With EX‑RAIL, you can also use the analogue sensor commands (ATGTE, ATLT, IFGTE, IFLT) to have automation based on the actual distance from the sensor, rather than it operating like a simple on/off switch.